The past weekend I visited the Arnhem Dollshouse Show (Arnhem Poppenhuisstad). There were many wonderful things to see, including a few new exhibitors from England and Italy. As usual I didn't have enough time to see everything. I had planned to take lots of pictures, but only managed to take a few which I will show you below. I apologize for the quality of the pictures which is not that good, but at least you will get some impression of the show. All pictures can be viewed bigger by clicking on them.

These first four pictures are of a little circus scene shown by Louise Meertens of Uncia (no website available). I loved this little scene as it was so different from what is usually shown: 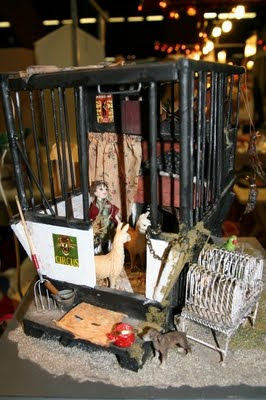 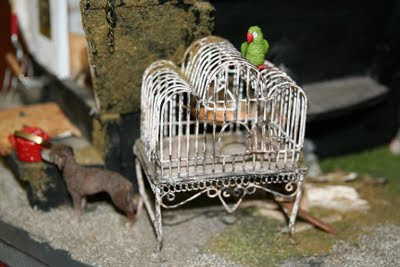 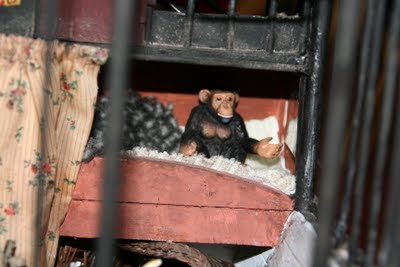 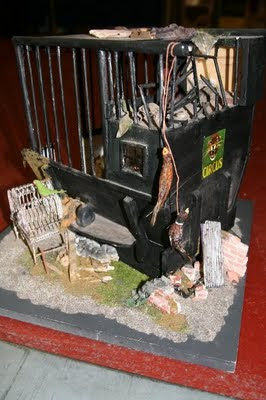 The next scene is from Sabine Reckwerth of Bibaminis (www.bibaminis.com). Although I really don't like the dolls (I hate the frozen robot-like pose they all have), I love the shop itself with all the sewing accessories: 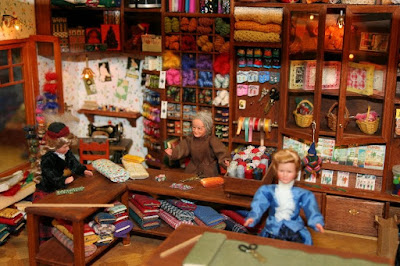 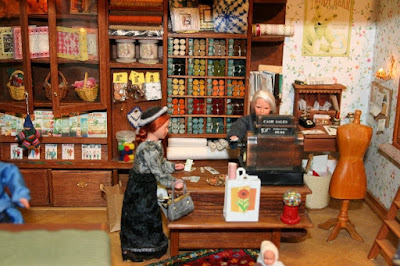 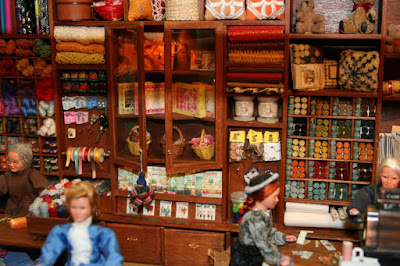 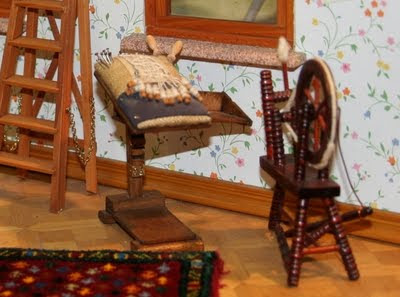 The next five images are scenes by Dutch dollmaker Miep Felix Perquin (no website available). You will probably recognize Rembrandt van Rijn and his wife Saskia in the last three pictures. I love Miep's dolls because they are true character dolls, not dolls trying to look like real little people. The pictures don't do the dolls justice at all, but here they are anyway: 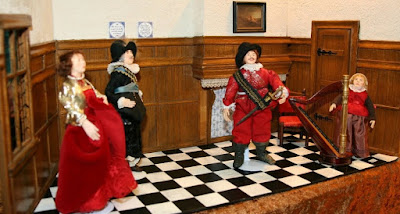 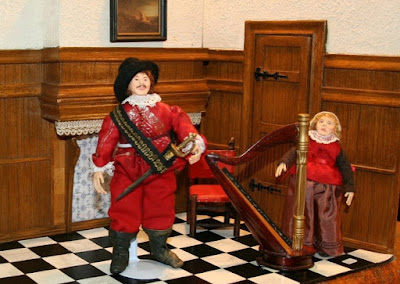 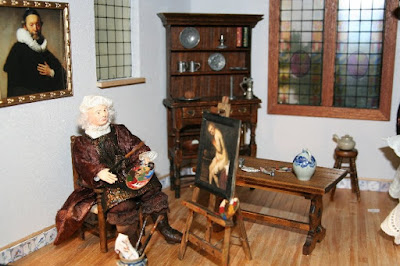 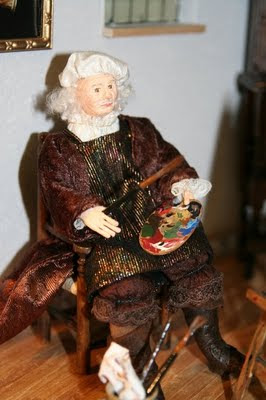 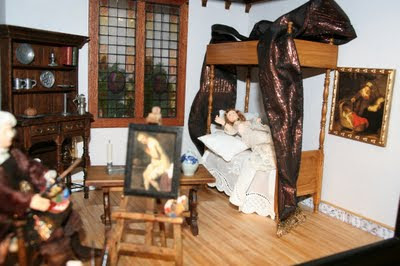 The last four pictures I am showing you today are of a Dutch "Poffertjeskraam" made by Jacomine Mink of In Het Poppenhuis. A Poffertjeskraam is a place where they sell 'poffertjes', a type of small round pancakes (delicious!). They are usually served with icing sugar and a knob of butter, but I like them with sliced bananas and whipped cream. In the last picture you can see the cook baking the poffertjes on the special poffertjes range. The same ugly (sorry, I really don't like them!)dolls were used for this scene as in the second scene. As there was an acrylic case over the scene, it was difficult to get a decent shot so the quality of these pictures is even worse than the previous ones: 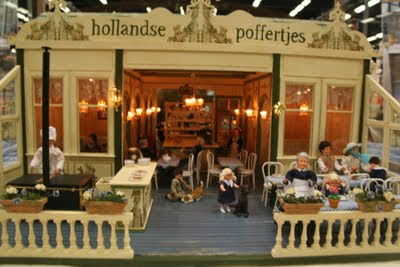 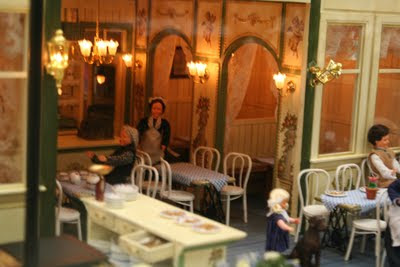 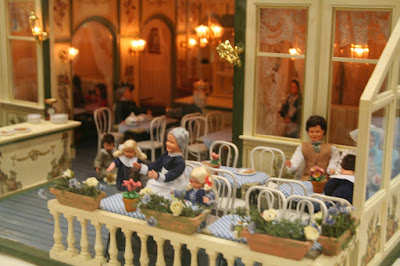 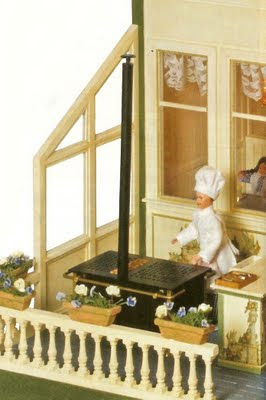 Tomorrow I will show you my last pictures.
Labels: Dollshouse Shows miniatures