...not quite yet!
But I'm halfway there.  I celebrated my fiftieth birthday last weekend and received some lovely gifts which I would like to show you here. 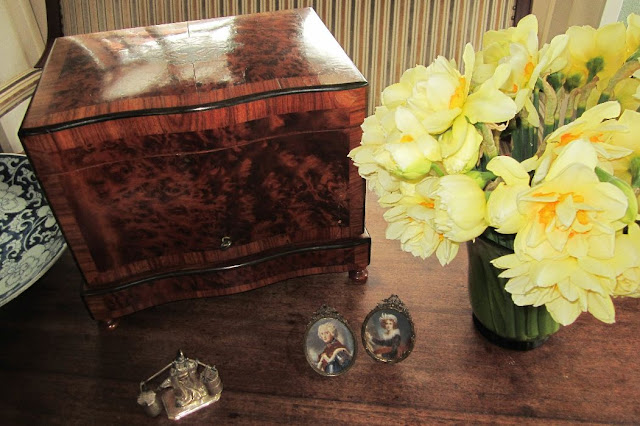 One of my gifts was this lovely antique decanter box with beautiful burr walnut and rosewood banding veneers and a brass (?) and mother of pearl inlay on the top.  The box originally held six bottles and glasses, but due to a family feud, those were divided amongst the heirs, and the box was left empty and sold.

I'm sure many of you would have loved to have the box with filled bottles ;-) but not me!  The box will be the home to a lovely miniature scene sometime in the future. 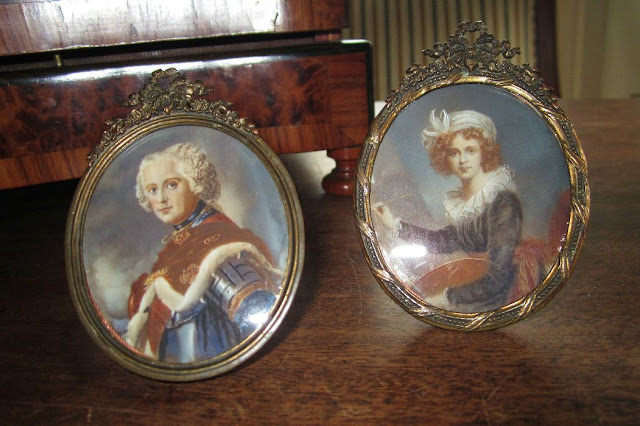 I was also given these two 19th century miniatures, painted on ivory.  I took them out of the frames to have a good look at them, and they are very finely painted!  They will look wonderful in the bedrooms of my new Canal house. 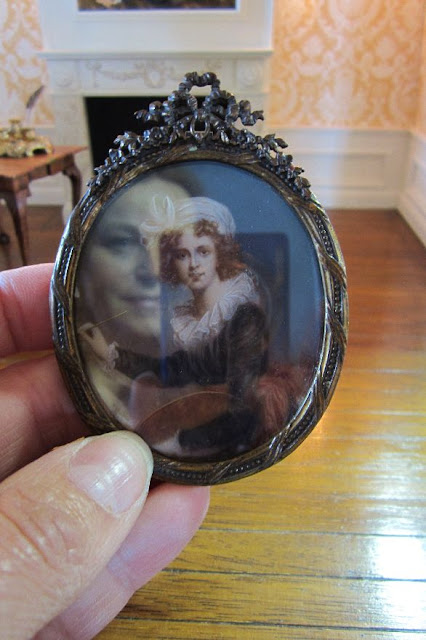 I took a few close-up photos of the miniature paintings, and in one of them I noticed I could see my reflection in the glass.  The other photos don't have that, but I thought it was rather fun even though the portrait can't be seen very well. 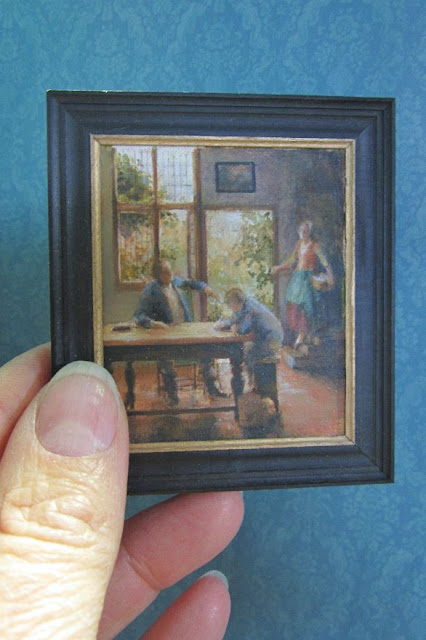 I was given another miniature painting, this time not an antique, but painted in the 17th century style by Dutch artist Jaap Wijtenburg.  Jaap never copies existing paintings directly but works ' in the style of '.  I love this painting of a Dutch interior with a distracted teacher and his pupil. 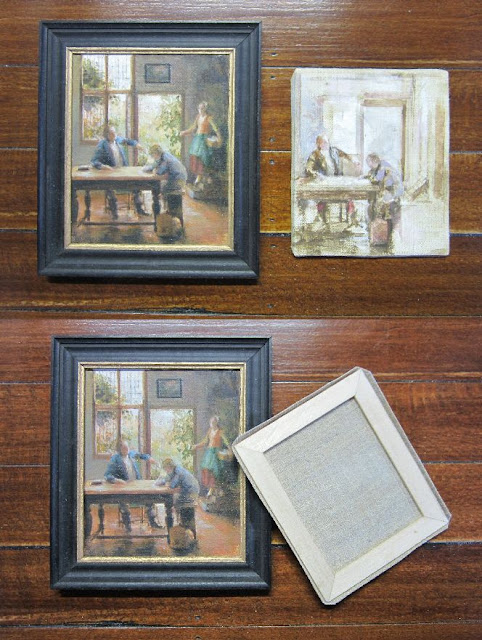 The painting came with the original oil sketch.  I love having that with it as you can see how the painter 'builds' his work.  In the sketch we only see the teacher and his pupil, in the finished painting we see the distraction in the form of a pretty girl added to the composition.

Jaap works with oils on linen which is stretched on wooden stretcher bars.  The frame is made of ebony.
I love Jaap's work.  He also paints miniature portraits on commission, something I would love to have done of my whole family one day!
Labels: Gift paintings