I don't think I have ever shown you a photo of the upstairs landing.  Maybe that's because it isn't finished yet ;-)   The photo shows you the right side of the landing, with the door at the front opening into the bedroom and another door in the back, opening into...well, nowhere.   In fact, it doesn't open at all as it is a false door.

A few years ago, on an impulse,  I added a box to the back of the bedroom and the landing.  I just cut out part of the back wall and stuck on an old wine box, giving me space for a small ensuite bathroom leading off the bedroom. 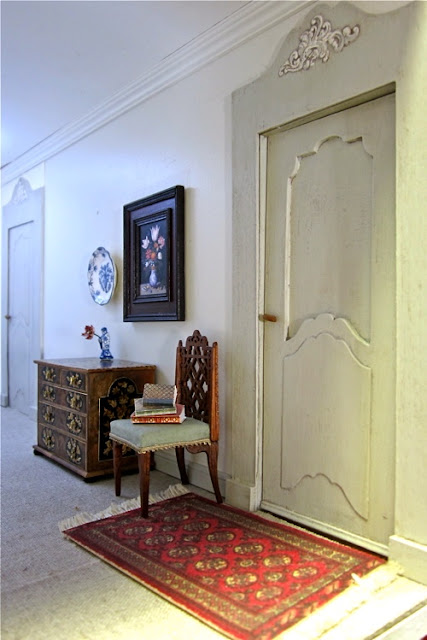 With additional space on the landing and after I decided to remove the stairs going up to the attic, I liked the idea of adding false doors (there are two more false doors on the left).   One of the doors in the back leads to the imaginary stairs to the attic (more on that in a next post). 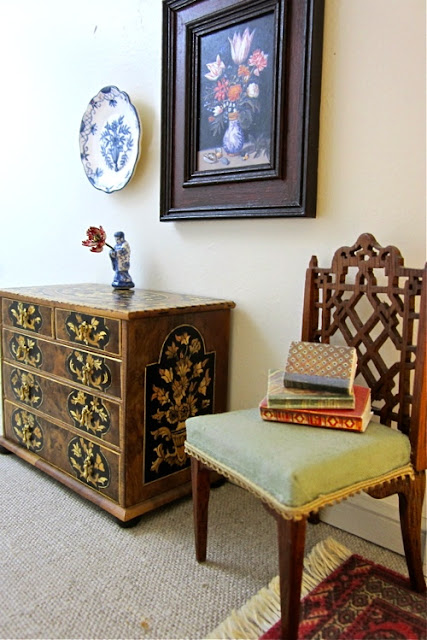 I have put some of my 'pretties'  on the landing,  a few of my miniatures which do not have a permanent  home yet but which look quite pretty grouped together.
The chair (by Masters Miniatures)  was my first ever Internet purchase, around eight or nine years ago.  The porcelain plate was painted by me. 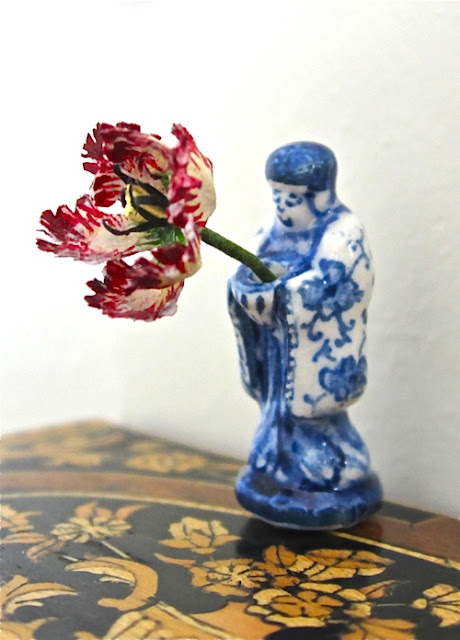 Chinese figure blue and white porcelain vase (by Henny Staring?) with a Parrot Tulip.  The beautiful marquetry chest of drawers was made by Chris Malcolmson. 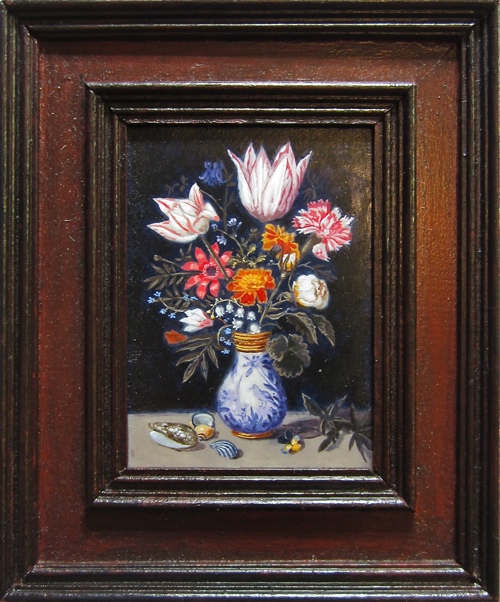