Have I ever shown you the rear facade of my house ?   I don't think I have, not even on my website.  In fact I think I don't have any photos of it up until I started working on the little patio off the kitchen a few months ago.

Below is an' in progress' shot of the two rear facades, while I was still working on the rear facade of my fake extension.  This small facade is similar to the one at the front.  I have used the same windows, but the gable and the door are much simpler than the front facade.

As the back of the house doesn't need to impress anyone, these facades are generally much plainer than the front of the canal houses.  I don't know why, but often canal houses have plastered rear facades, painted a very light grey or white.   I'll have to ask this question at one of the museums next time I visit.  Maybe it has something to do with reflecting the light, or insulation...

Although I have made a few changes to the original facade (the gable top and kitchen windows are different), it is still fairly plain.  Since I took this photo I have added wall anchors to the main facade and worked on the patio some more. 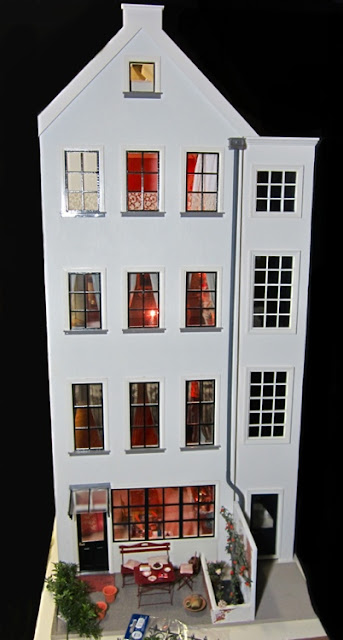 In a comment to the post about the front facade of the house, Daydreamer said she would be tempted to make the extension into another house.  Although that was more or less my original intention, I decided against it in the end.

I couldn't help myself though!   I thought it would be fun to create a little roombox to go behind the back door....  And so I did.  I made a small three sided box from plywood which I can just slide behind the front door.

I made the floor out of egg cartons, installed a false door in the back and added a light which I made from a plastic deodorant cap covered in beads. 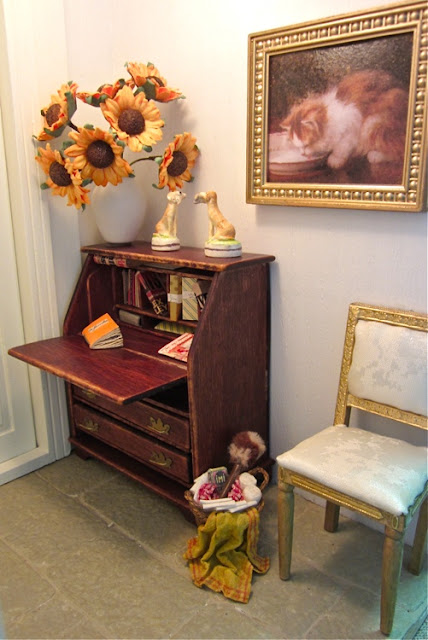 The furniture was given to me six years ago by Erna, a retiring miniaturist who gave here entire collection to me.    Some of her pieces reside in the main house, but this desk and the chair had not found a place yet.  They are just small enough to fit against the wall of this room.   I like how it works in this small space. 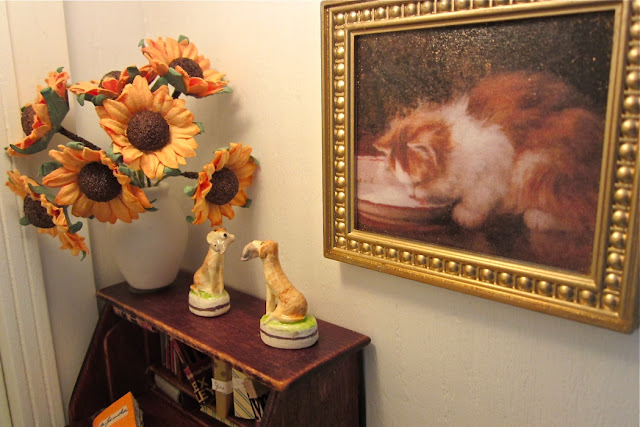 The sunflowers come from Thailand.  I bought those at a market in Bangkok when I just started out in miniatures.   I always thought they were slightly too crude to use, but here I rather like them.

The dogs I think are by Valerie Casson.  The kitty painting is a copy from a Christies catalogue,  part of a painting by Jules Leroy called 'Chacun son tour: patience'.   It had a few more cats on it but was too big for the frame, so I painted out some details and just left this pretty kitty. 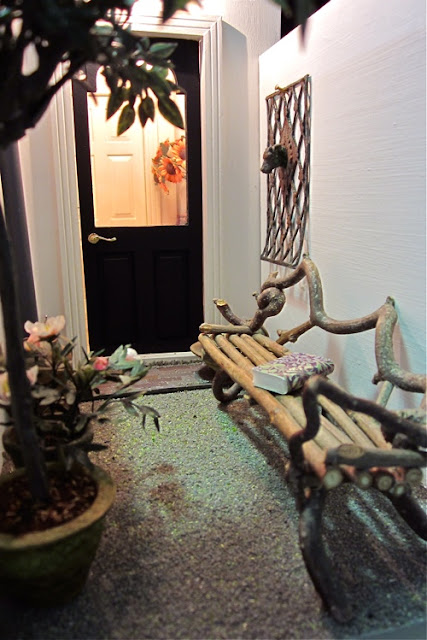 I have started work on the very small patio outside the back door as well.  I took a leaf out of Janine's book  and bought some plastic foliage to speed up the work on the patios a little.   I made a small tree with it (better photos soon).   The garden bench is one I made years ago out of branches of contorted hazel.    It fits perfectly here!

I like the flash of orange you see inside the small room when casually looking at the house. 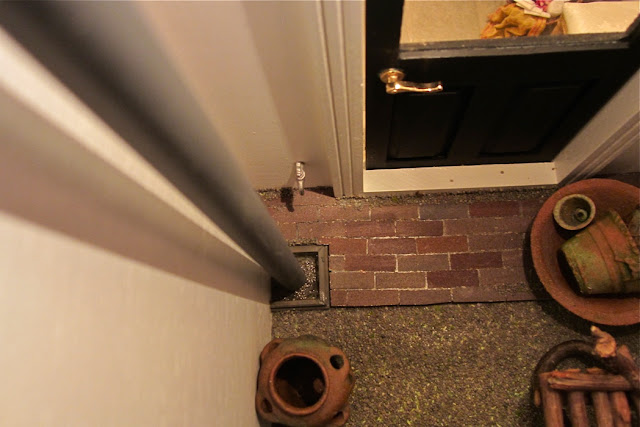 Outside the back door I have made a brick step, an outside tap (or faucet),   and a drain for the downspout. I love details like these.  There still is a lot more to do here.  Hopefully I'll find some nice miniatures for the outside space at the Apeldoorn show next week.   Have a lovely weekend! 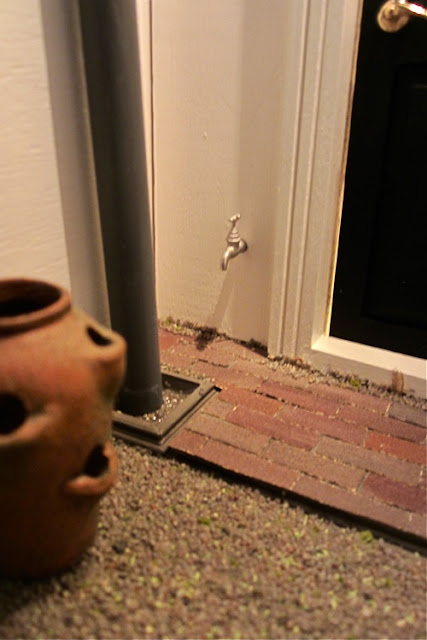