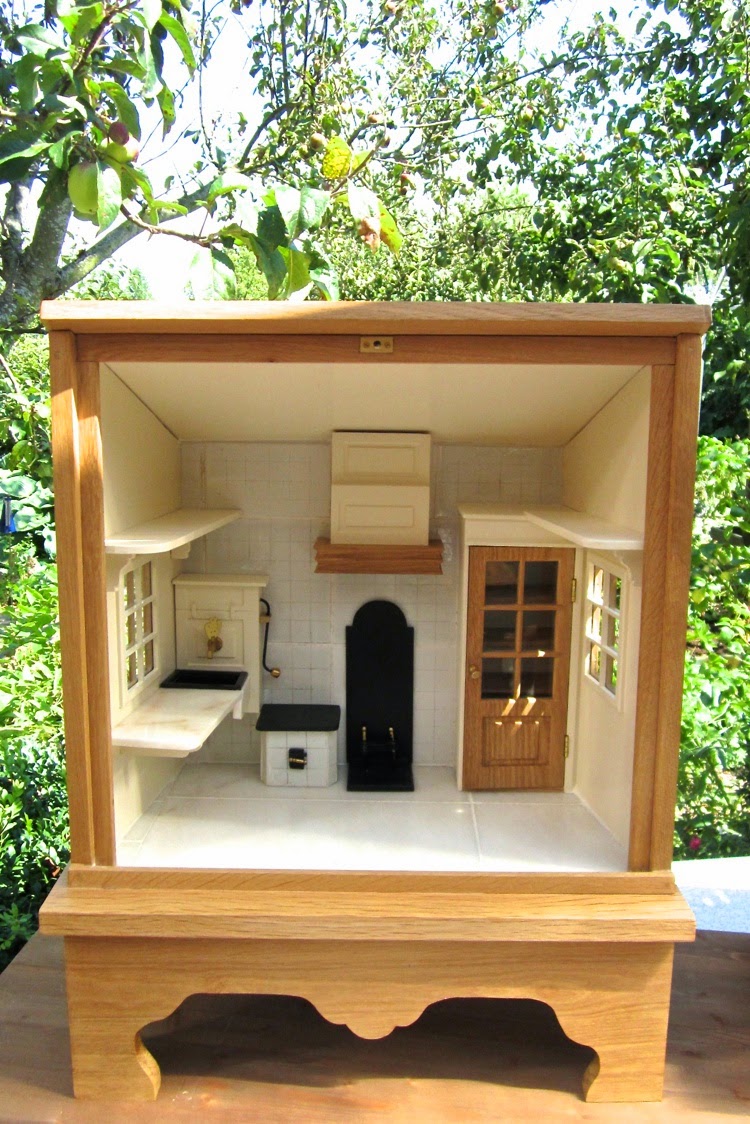 Hello everyone, I'm back.  There was a similar echo on my blog back in February I believe.  I'm sorry I left my blog alone for a few months,  I did not feel I had much to show you although I have been busy!

One of the things I did was make a miniature kitchen.  I know what you're thinking: 'What, another one?'.  Yes, yes, another kitchen.  But this time it was slightly different.  I was asked if I could duplicate an old handbuilt miniature kitchen, as closely as possible. 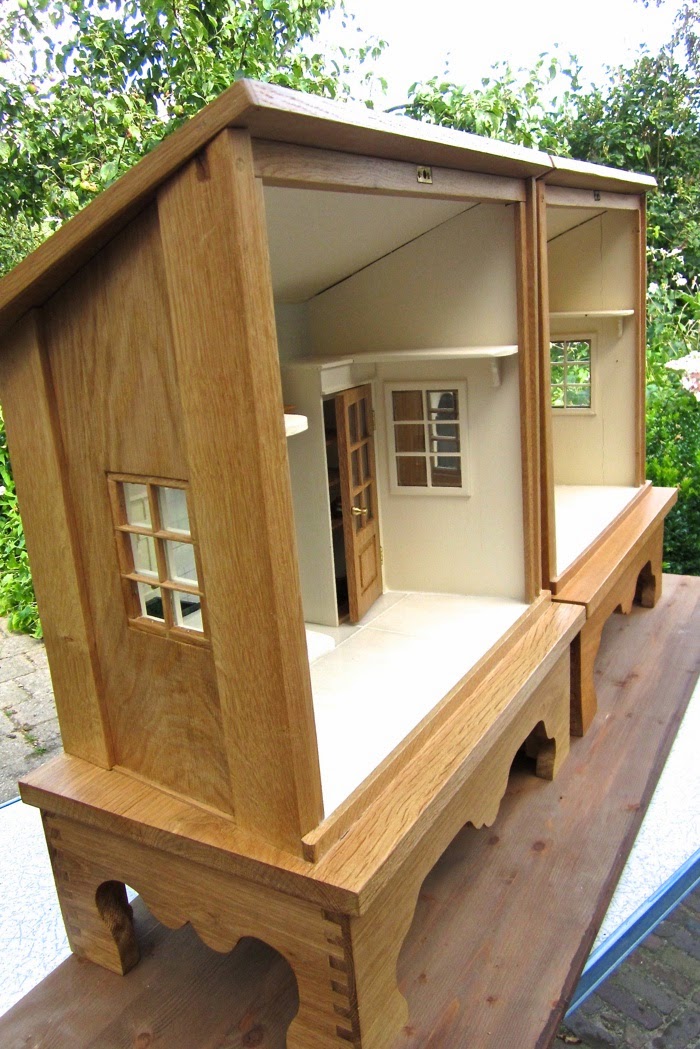 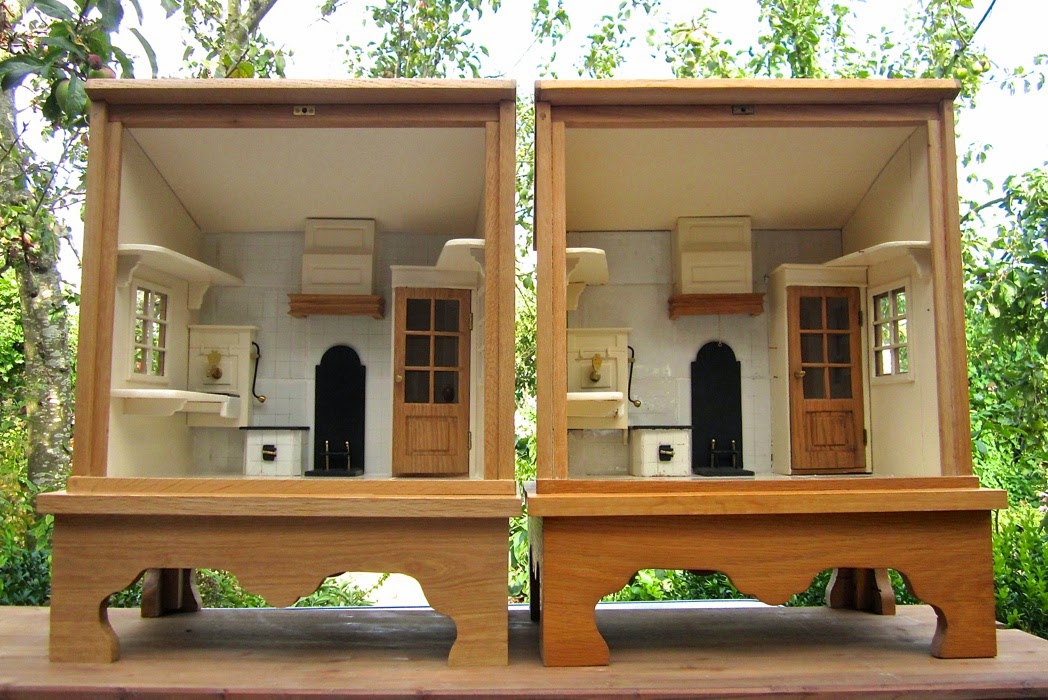 So I did.  It wasn't easy.  In fact it was quite difficult as I had to copy the style and method of someone else's work.  I also tried to use the same materials which were used in the original kitchen.  Again not so easy as for instance the marble used for the floor and countertop is no longer available as the marble is mined at a different depth now and so looks different.
With the very kind help from a local marble company and some experimenting with oil paint I came close though!


There are real tiles on the wall into which I scratched tile grids.  I searched to find tiles which have the same size and colour variation as the tiles in the original kitchen.   Again I was very kindly helped by a local tile company.

I had put the old kitchen in the back of my car and showed it to the people of different companies.  They were all so kind, helpful and interested!  Which was much appreciated by me as of course my orders of 9 tiles and a tiny bit of marble means nothing to them.

The oak for the cabinet was provided to me by my young cabinetmaker neighbour.  He kindly planed the oak to the many various thicknesses for me which left me with the task of building the cabinet and stand.  As my machines are built for making miniatures and the oak was up to 2 cm thick, again that was not so easy.  But my little machines and I managed ;-)

As I don't have a lathe (yet!!) I thought I'd have to find someone to make me the different metal fittings of the kitchen too, but after some experimenting I found that my big drill press did the job perfectly.   So I made all the metal parts myself as well.  The only thing in the entire cabinet I did not make myself are the hinges on the cupboard door, those I found at the hardware store. 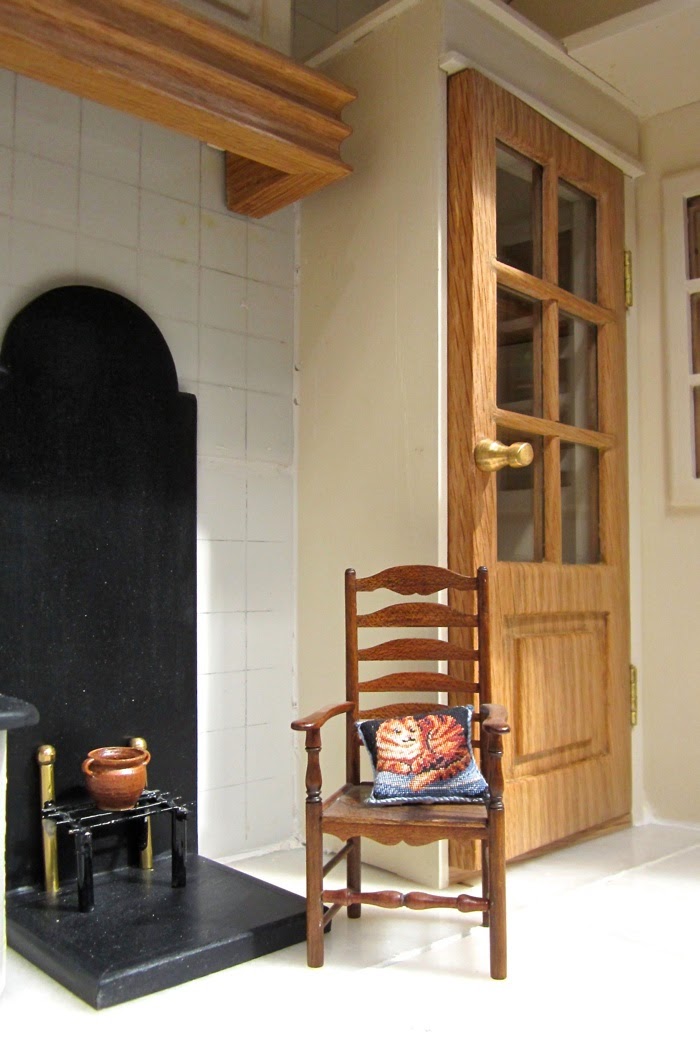 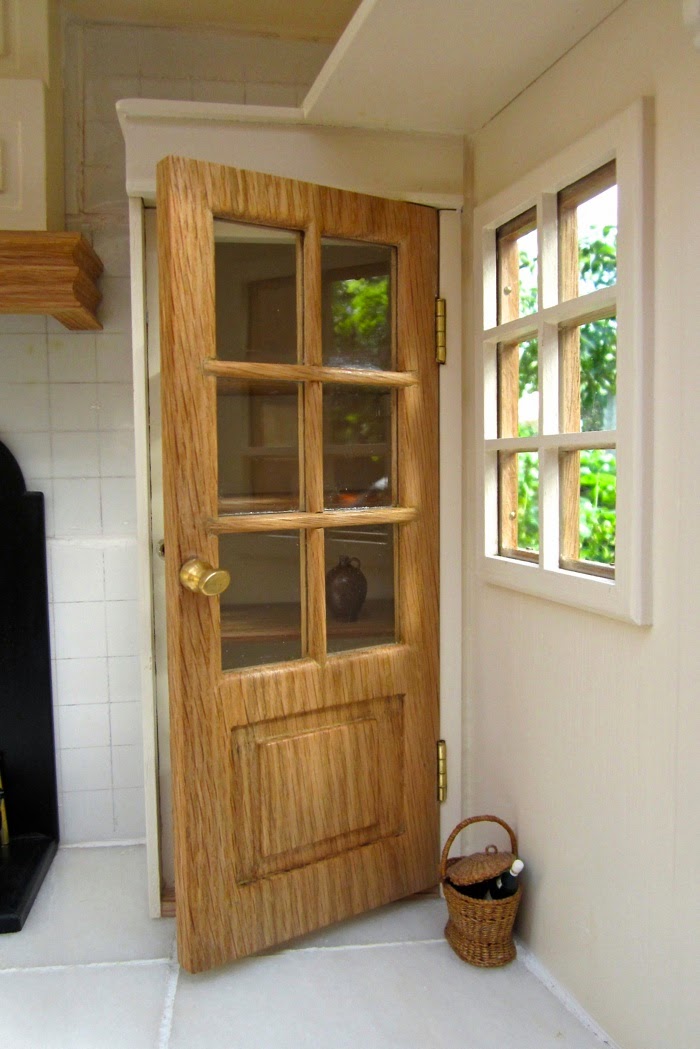 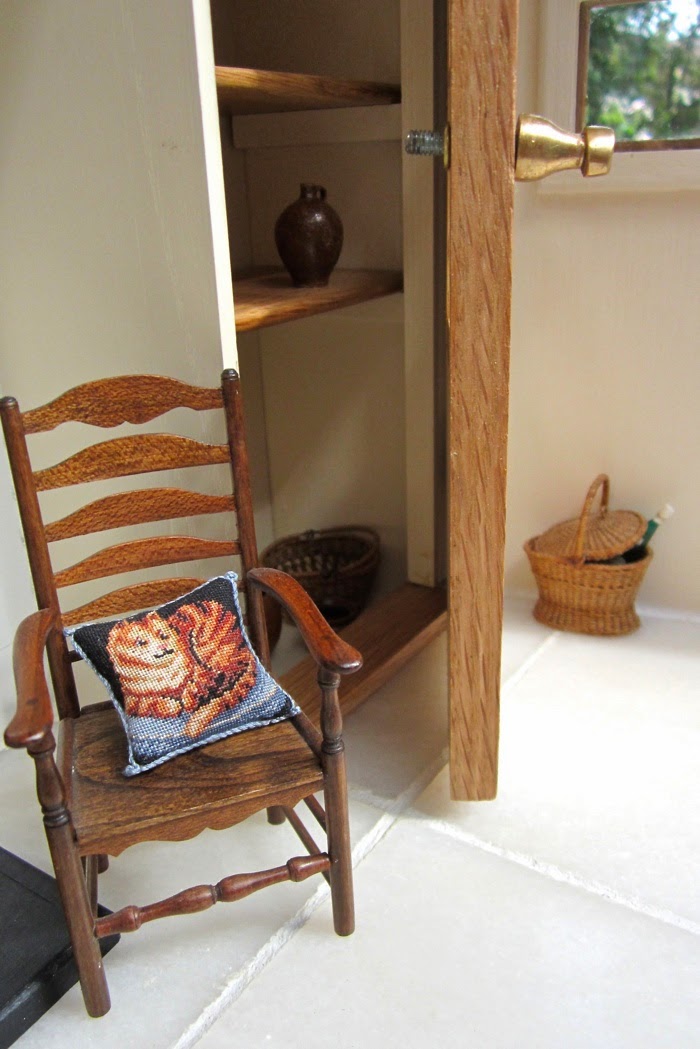 Another thing I found difficult was trying not to make it look perfect.  The grouting for instance had to be done slightly rough and let's say 'sloppy'as that's how the original was done.   I did not go overboard with putting patina on it, as time will do that all by itself, just like it did with the original.

I put a few of my own miniatures in the kitchen to give it some life for the photos.  Although the new 'old' kitchen differs slightly from the original old kitchen on some points, I am very pleased with the result.  And I had fun and learned a lot! 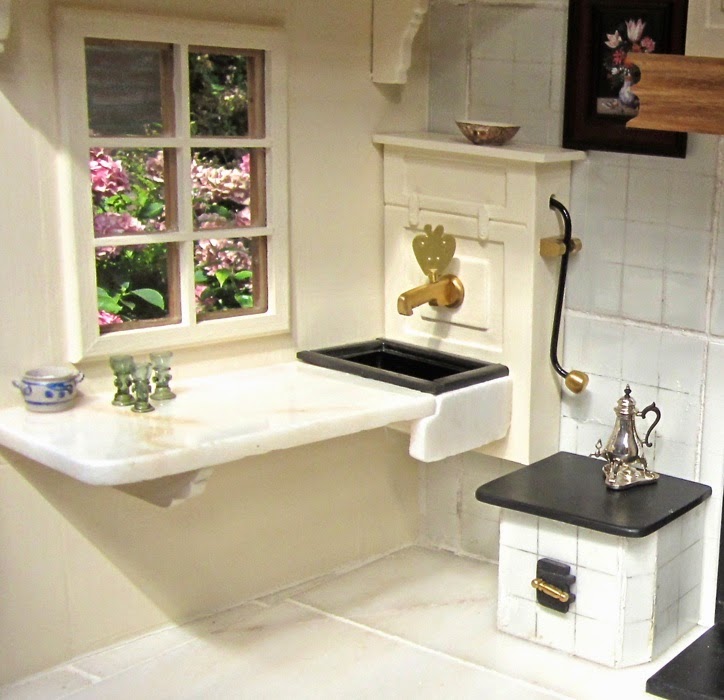