As I was saving photos to my external hard drive today, I saw several photos of classes I have taken this year but had not shared with you yet.   This post is about those classes.  Although I learned lots again, I don't actually have finished miniatures to show you.  Still, just to give you an idea of these classes… But first a little a warning: long post!

This past October I took classes from two of the best miniature silversmiths in the world:  Jens Torp and Pete Acquisto.

The fist class was with Jens Torp.  We learned how to turn a wax model of a bowl with a lid on the lathe.  The wax model will be sent away to be cast in silver using the lost wax technique.  Then in a few months time we will finish the casting, put on handles and a knob and end up with a (hopefully) beautiful silver bowl with lid. 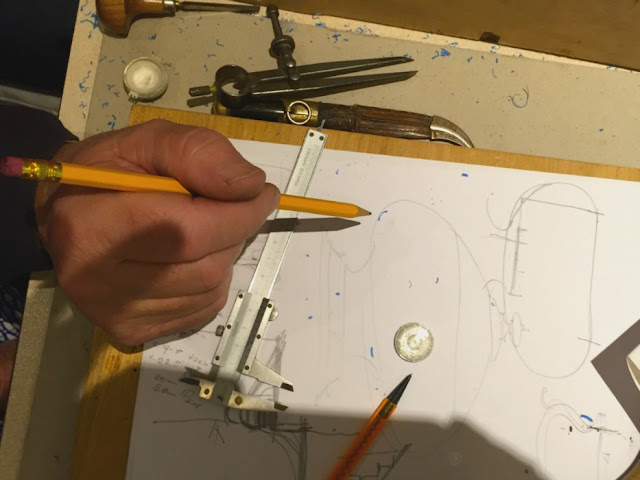 Jens explaining -with detailed drawings ;-) - what we are supposed to do. 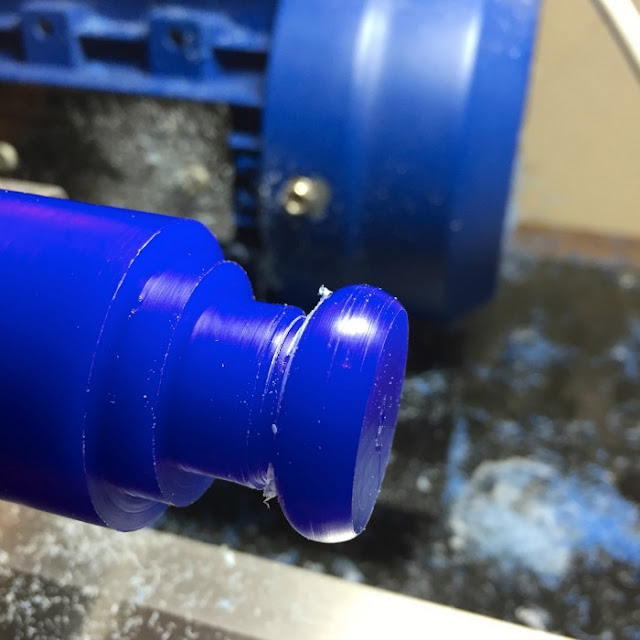 The first stages.  After spending some time getting a nice round block of wax on the lathe, I started shaping the wax.  This will be the bowl eventually. 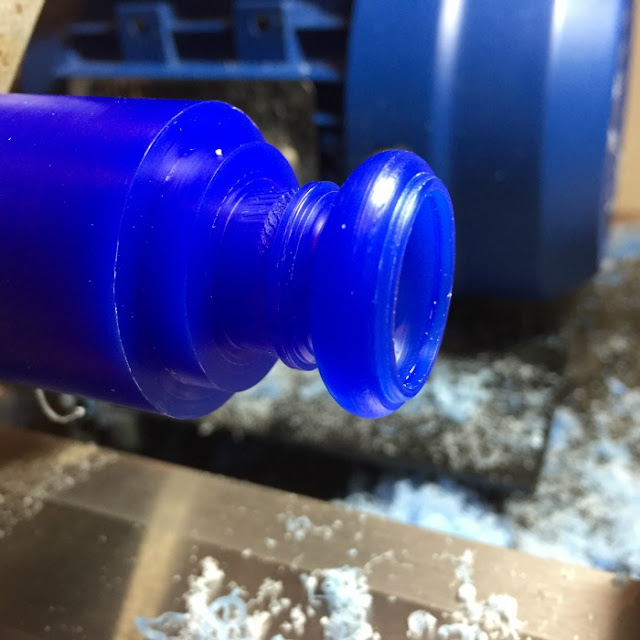 While shaping and hollowing out the bowl I found that the wall of the bowl towards the bottom was getting very thin, about 0.8 mm.  Although this is still possible to cast, I still had to do some engraving on it, so I decided to start another bowl. 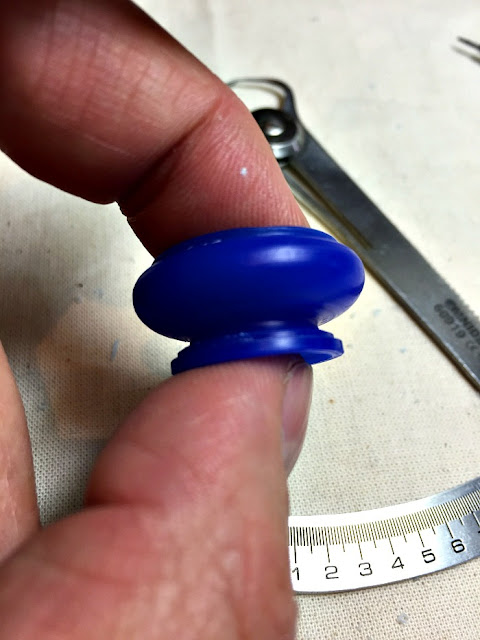 The shape is nice, but because I didn't finish the bowl, the bottom rim is slightly thicker. 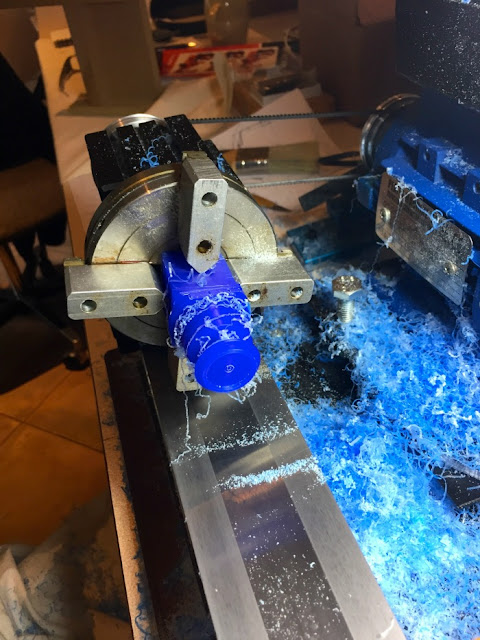 You can see the mess you make when turning wax.  And this is just a little as we cleaned the stuff away regularly.  Poor Trees (the class was at Trees Beertema's) found wax all over the floors of her house.  I still have to finish the wax turning and carve some of the decoration at home.   This is a really fun technique and I look forward to seeing what my bowl will be like in a few months time.


A few days later Pete Acquisto came to the Dolls House Netherlands show in Ulft and taught a one day class the day before the show.  There is not too much you can do in one day, so Pete brought cast silver wall sconces which we would solder and finish in the class.   I had met Pete before in Castine, but had not taken his classes then. 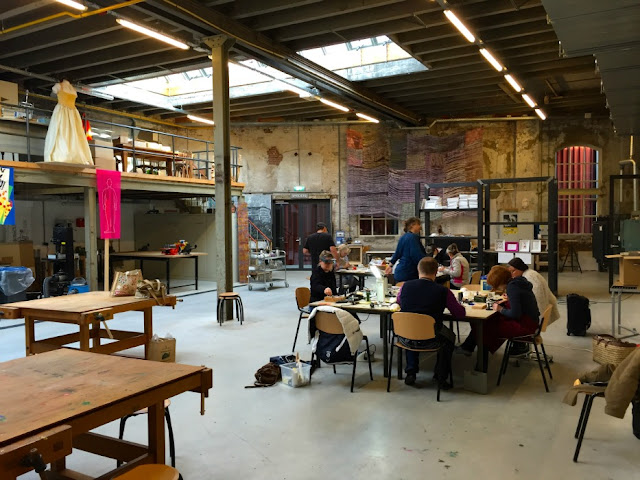 I loved the location of the class.  It was in an old iron-factory hall which is now an industrial monument  and houses part of the Dutch Iron Museum in Ulft. 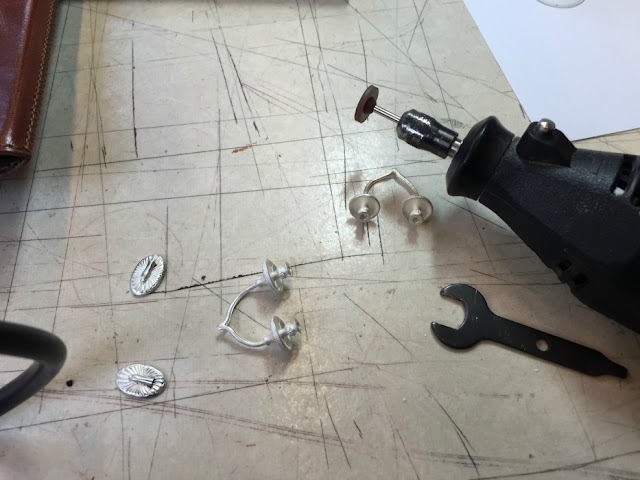 Pete taught us how to clean and finish the silver using the dremel.  Sounds easier than doing it by hand but believe me, it isn't.  I found it difficult to do the fine detail this way. 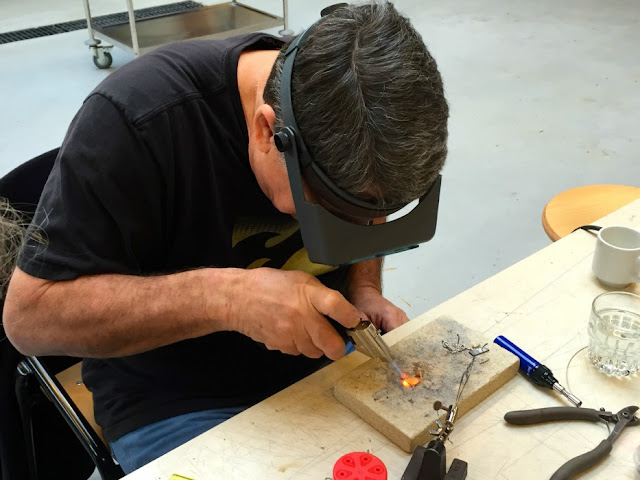 Pete showing us how to solder the silver. 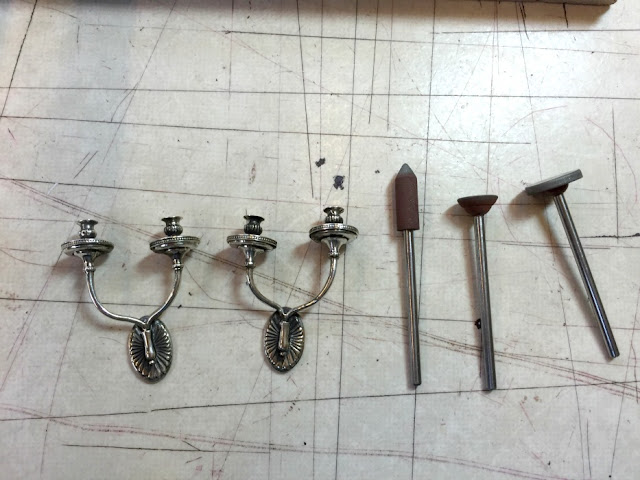 The sconces soldered and in the process of being finished.   I still have some more finishing to do at home, but they're almost there!  We had fun in the class, learned some new techniques again and it was lovely to see Pete again.


In May I was able to go to the Kensington Dollshouse Festival and for two days before the show take part in Bonni Becke's passementerie class.   Ever since I had been to Castine in 2007 I had wanted to take this class.  So when I saw that Bonni was coming to London to teach it, of course I had to go! 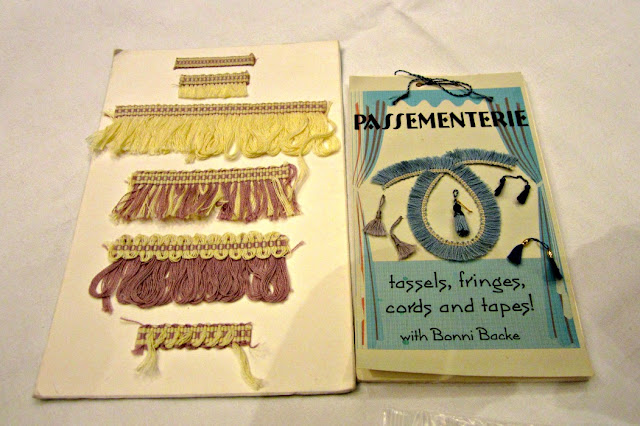 Some examples of what we'll be making. 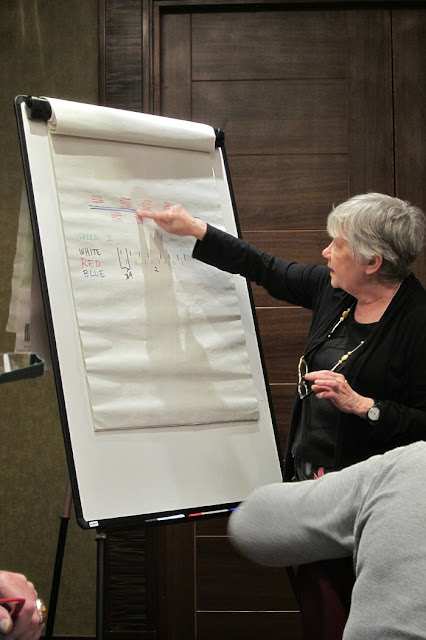 Bonni explaining one of the weaving patterns. 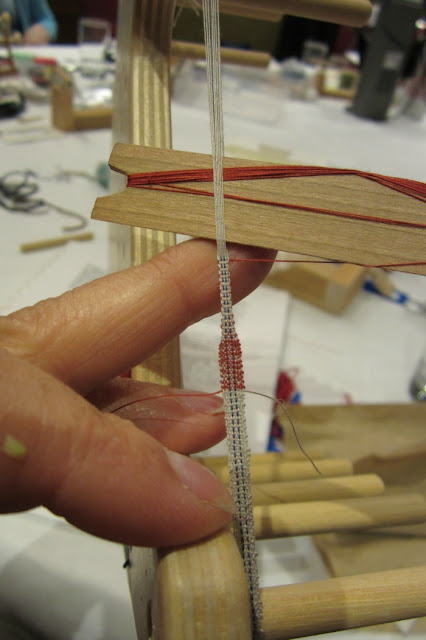 The first hours.  Getting the hang of the loom.  I didn't get it right in the beginning.  From the red part down, I didn't pull the thread tight enough.  Bonni said it was actually very difficult to do this kind of weaving on this loom, haha!  I did wonder why everyone was doing it so fast when I was crawling along, trying to keep the sides even. 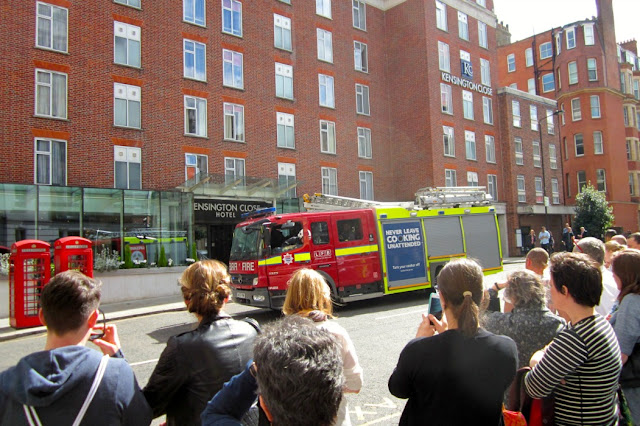 It all got a bit exciting when the fire alarm went off and everyone had to go outside and wait across the street.  It turned out to be nothing serious, but you never know. 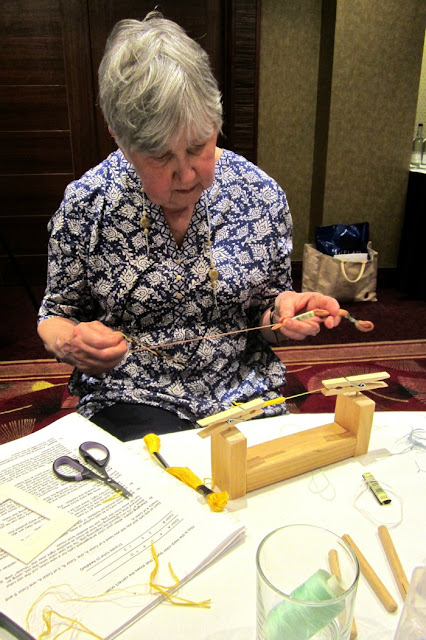 Bonni brought along lots of gadgets and clever tools.  This one is for making tassels. 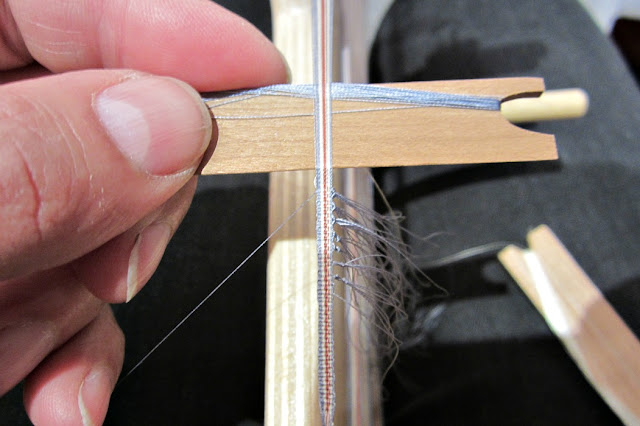 My second warp and weft in silk.  Trying out a few knots and fringes. 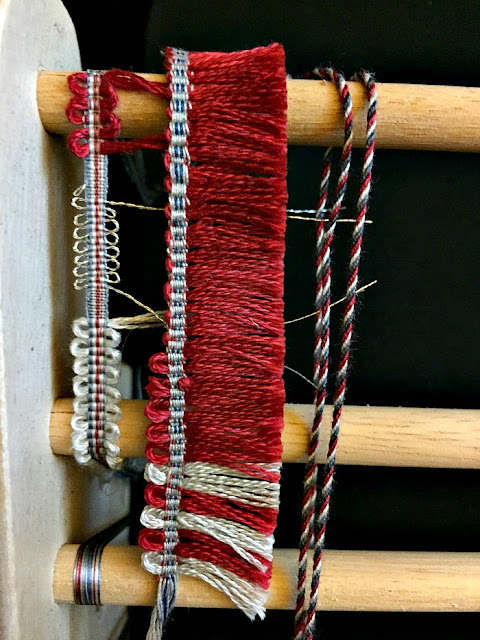 We had great fun at during the class.  With Bonnie teaching and Jamie Carrington sitting next to me it was hard to concentrate sometimes as they made us laugh so much.
The techniques I learned from Bonni will be very useful in many areas of decorating the house, but also in costuming.  The weaving technique can be used both in full scale as in miniature.