It has become somewhat of a tradition...Every year I take at least one class with Jens Torp and one with Cocky Wildschut.  This year was no exception. 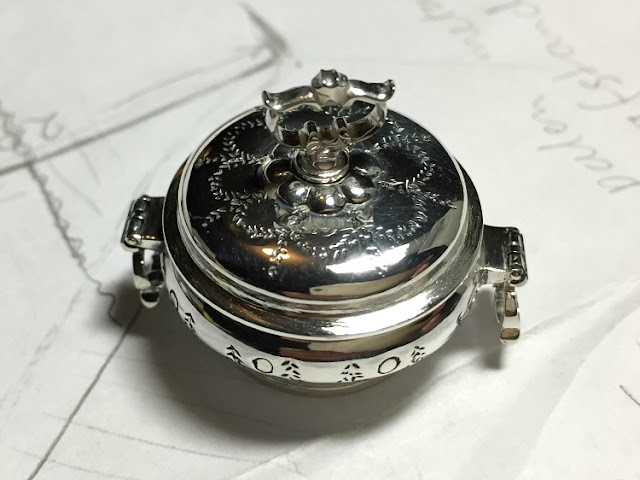 We made a tureen this year.  Actually we started last year when we turned the wax model of the bowl on the lathe (see also here).  Lots of fun to do but very messy.  Poor Trees (the classes are held at Trees Beertema's house) found wax on the floors all over her house. 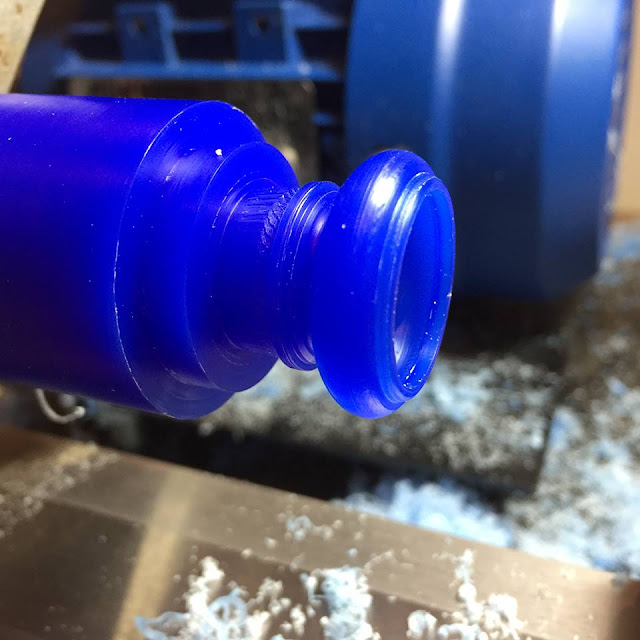 I didn't finish the lid so I had to turn it at home.  I only had a year to do this, so I started on the lid a few days before the deadline ;-)  Having learned from experience I took my lathe outside and turned the lid in my garden.  After turning a tight fitting lid for the bowl, I engraved a little design on both the bowl and the lid.  Then sent it off to England, to Jens. 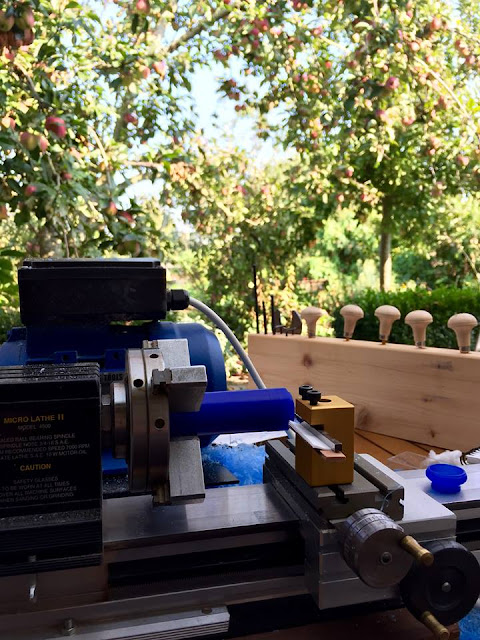 Jens had all our wax models cast.  The caster uses the lost wax technique, where the wax is replaced by the silver.  This is how it came back from the caster. 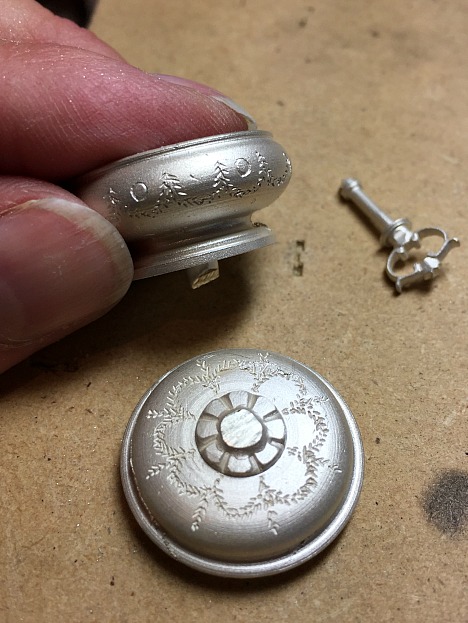 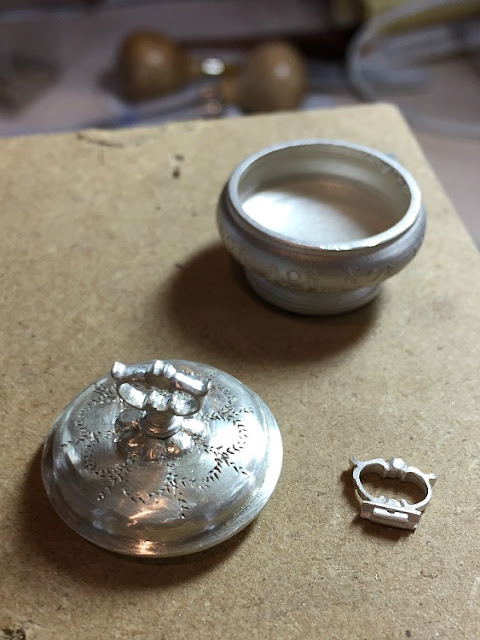 The next step was finishing the bowl and making the hinges for the handles.  Tiny, tiny hinges.  One part to be soldered to the handle and the other part to the bowl.  A tricky step as with too much heat it could just all melt into a blob of silver.  Not enough heat and it won't solder. 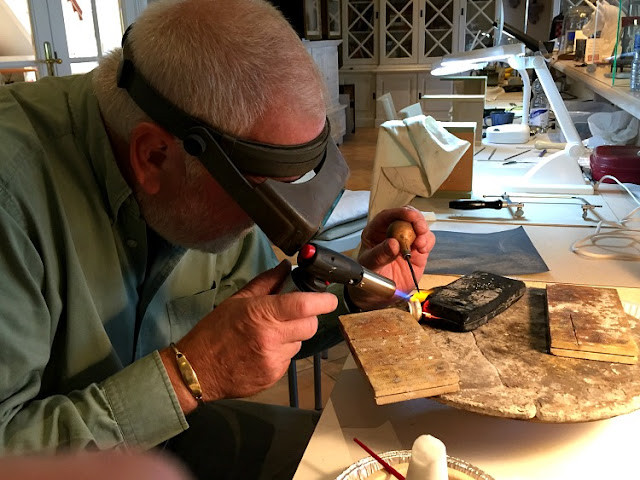 When I started soldering the handles, I found it very difficult.  I had one handle soldered, but the next one just didn't stick.  Jens took over from me and found that we had a problem with the burners.  Small consolation that it wasn't all due to my inadequacy.  ;-) 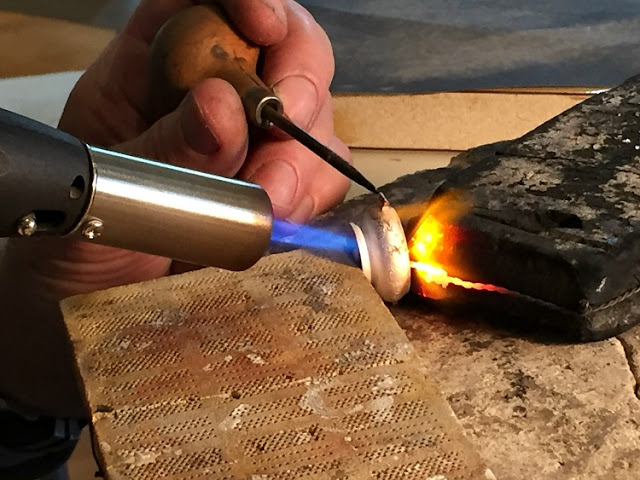 As we were running out of time, Jens did the rest of all the soldering for us.
After the soldering, lots more filing and papering followed before I could start the polishing process. 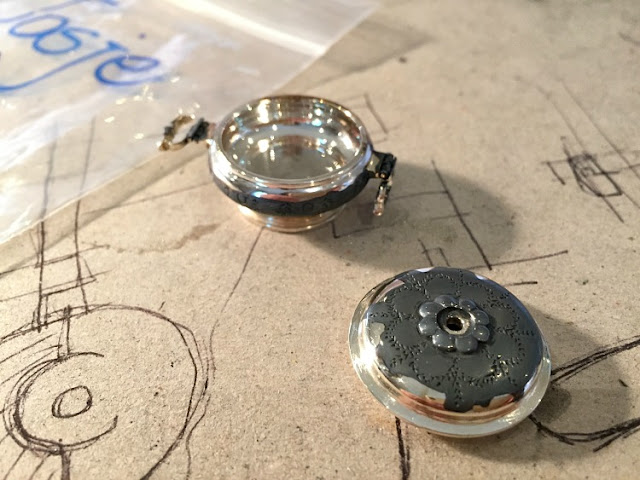 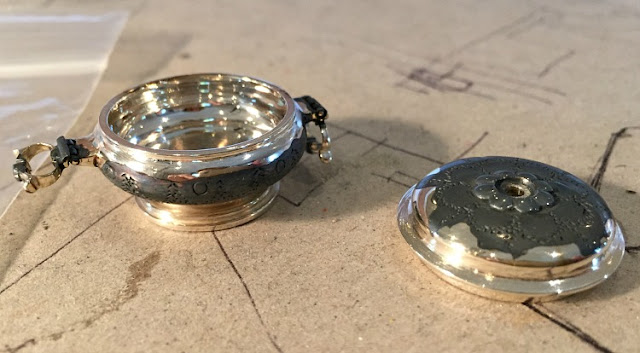 The final step is a lot of polishing (again) to get the black stuff off.  Then cleaning in the ultrasonic cleaner and drying the silver in a bowl of sawdust.
There is still a bit of the black left in parts so I will have to do even more polishing.  It looks worse in the photo than in reality. 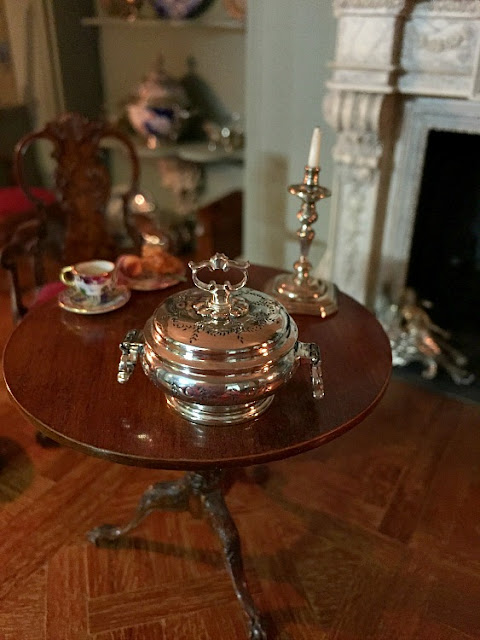 The other class I took was porcelain painting with Cocky Wildschut.  I chose to paint a vase in a Japanese style, based on a dish I had seen.

The tulip vases were painted in a previous class but needed another coat of blue.  Unfortunately they did not come out as well as I had hoped.  I liked them better before the second coat. 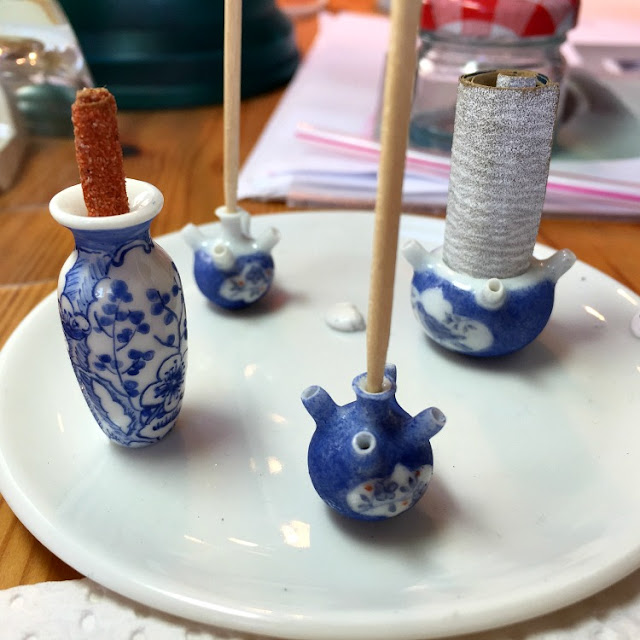 I do like the vase though.  Quite a simple but decorative design. 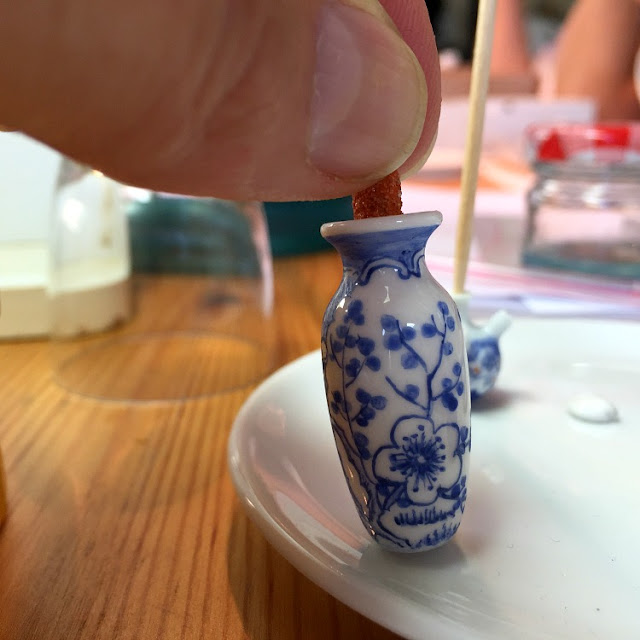 And I had a bit of fun making a little film clip again.  No reason in particular for it, other than I enjoy playing with these editing programs sometimes.  Humour me ;-)