At the beginning of this year I asked Dutch miniaturist Elly Ypma to paint a miniature version of Breitner's 'The red kimono'.

George Hendrik Breitner (1857-1923) was a Dutch painter and photographer who was known for his realistic style in his paintings of street scenes and harbours.  Breitner, a member of the Amsterdam Impressionism movement, often used photography as reference materials for his paintings.

I visited the Rijksmuseum in May, where the original painting was part of the
'Breitner: Girl in a kimono' exhibition. 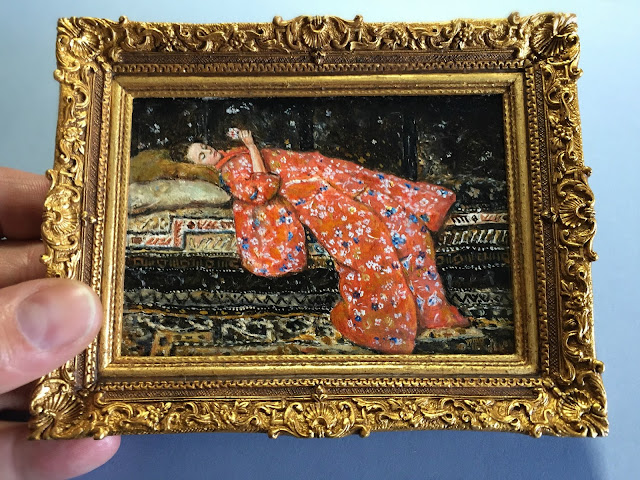 The model for the painting was Geesje Kwak, a girl who posed for Breitner between the ages of 16 and 18.  From the time of his stay in Paris in 1884, where Japonism dominated the fashion scene, Breitner became fascinated by Japanese art. Geesje Kwak was the subject of a series of seven paintings and studies by Breitner of a girl dressed in a red or white kimono. 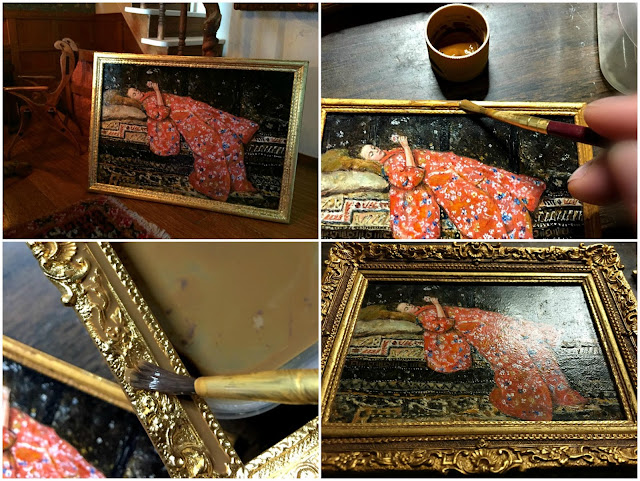 Elly sent me her wonderful miniature version of the painting in April 2016.  She had made a thin frame for it, but I wanted the frame to look more like the one I had seen in the museum, so I ordered a frame from John Hodgson which had the right look.  It fitted perfectly around the original frame!

I aged both frames with some acrylic paint to tone down some of the golden shine.  Although not entirely the same as the original frame, I do really like it. 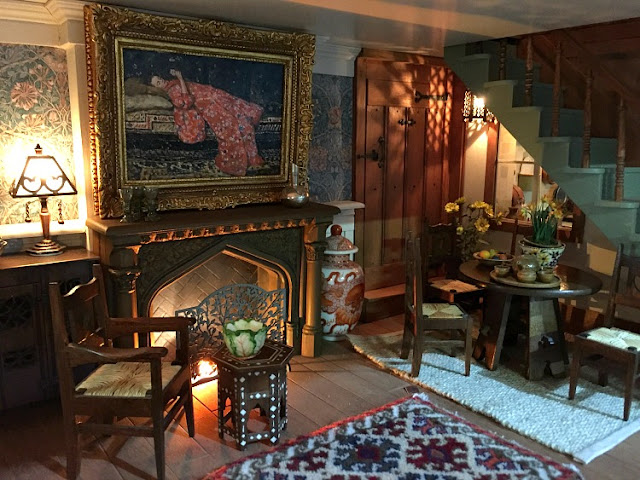 The painting is bigger (well, in twelfth scale anyway) than the original, but I asked for that as I wanted it to fill the space above the fireplace mantel.

The room is not finished yet,  but in time I will find or make everything to pull it all together.  One thing I do want to get is a picture light to make it stand out in the room a bit more. 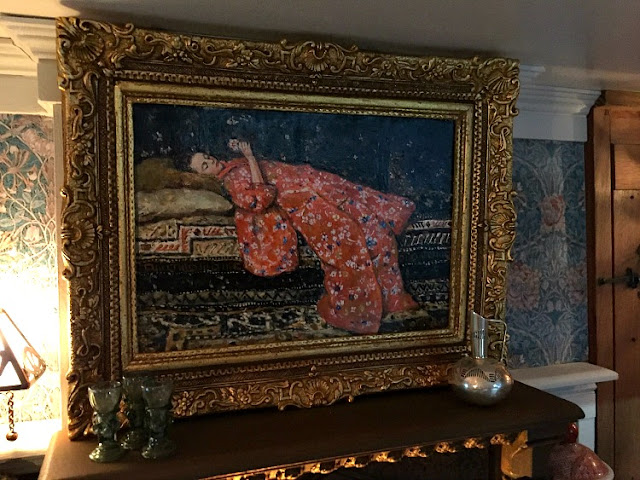 Elly did a fantastic job on this painting.  I always like how she doesn't make the painting exactly the same as the original, but uses a bit of her own style in it.

Below is a short video I found on YouTube with some more information on Breitner and his kimono paintings: