Yesterday I celebrated St. Nicholas eve with my family.  The old Saint has been very generous to us (as always I should say) and we had enormous fun while opening our presents.   I received a couple of very small packages which, as you can imagine, made me very happy.

In one of the gifts I found this beautiful antique opalesque glass and enamelled vase.  It is French, made around the turn of the last century.  I photographed it in the upstairs hallway (which I have nearly finished, but more on that later),  the colours go so well together.  Thank you St. Nicholas! 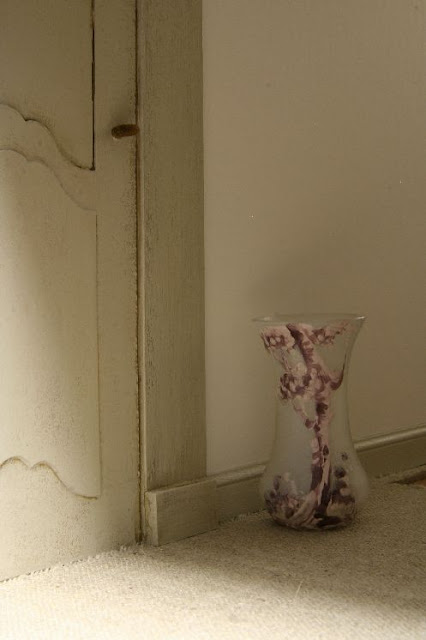 In another small package I found a box chock-full of old Chinese mother of pearl gambling chips.  These are so very pretty, they all have different little designs on them.   I keep getting new ideas of how to use them for my miniatures.  I love these!  Thank you St. Nicholas! 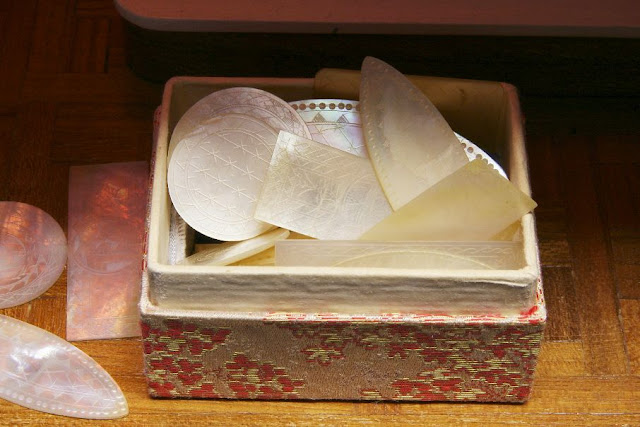 In the next few photos I will show you a not-so-little gift I received.  My Dutch readers will probably recognize it immediately, as it is a well known part of our St. Nicholas tradition.  ﻿The feast of St. Nicholas has been celebrated for centuries in the Netherlands.  Many centuries ago, it became a feast celebrated within the family.  As the children received their gifts anonymously (as the Saint originally did as well), their gifts were covered with a sack, the first letter of their names placed on top it to indicate who it was for.

For a long time now gifts are wrapped and the names are written on the wrapping paper. The idea of the first letter of the name has still remained, and we now get our initial in chocolate.   These chocolate letters are available only around St. Nicholas time.

In my family it is no secret that I love, love, love a certain brand of chocolate, and when I get a big chocolate initial it usually doesn't last the day.  The rest of the year I have to do without (which is probably for the best).  Until now.  One of my gifts was a big, heavy box.  When I opened it I found this: 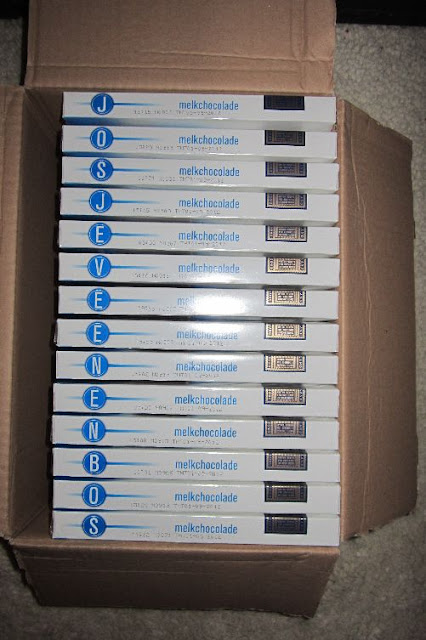 My first and last name spelled in chocolate letters!  14 of them!  And my favourite brand! 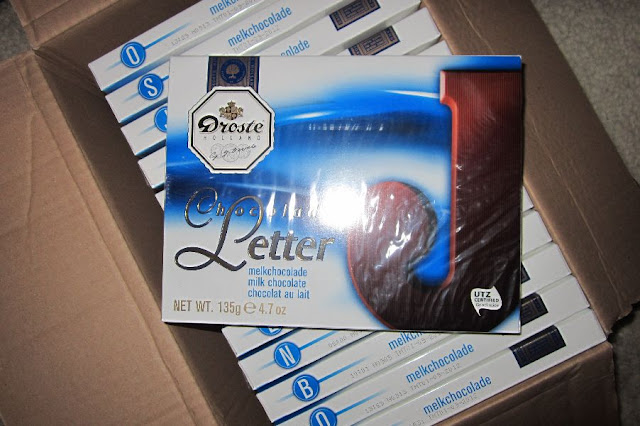 St. Nicholas thought this would last me the whole year, so about one per month on average (yeah, like that is going to happen). 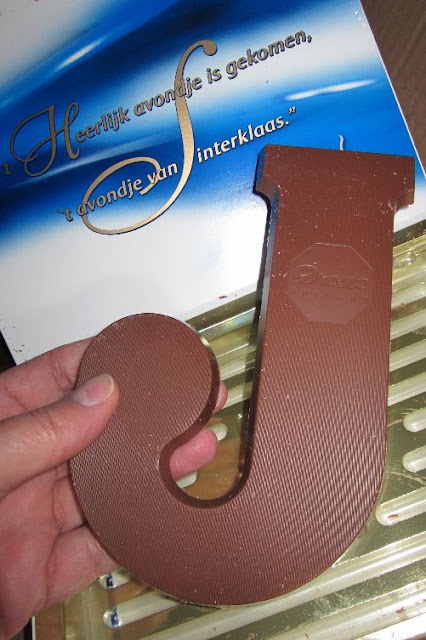 I am not sure whether or not to thank the old man for this ;)  Thank goodness he also gave me new exercise clothes, although the size on one of them was XXL.  Maybe he can see into the future?  Oh, I surely hope not!