Today I can show you the St. Nicholas gift I made for my Swap partner Ineke, as she has finally discovered I was her secret Santa. I started by making her a large chest to hold laundry, but soon realised my mistake: I had forgotten about one of the rules of the Sint Swap...the gift has to be sent in an envelope. Postal rules dictate that an envelope can have a maximum thickness of 3,2 cm (= 1.2 inches). Oops! The chest would not fit through the letterbox so I had to think of something else, something flatter.

This is what I came up with: a folding drying rack copied from an antique one and a little box with some fine linen. Of course I had to use Ineke's favourite colour blue. 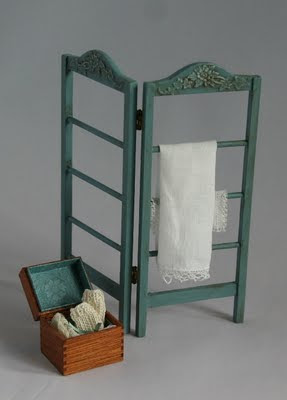 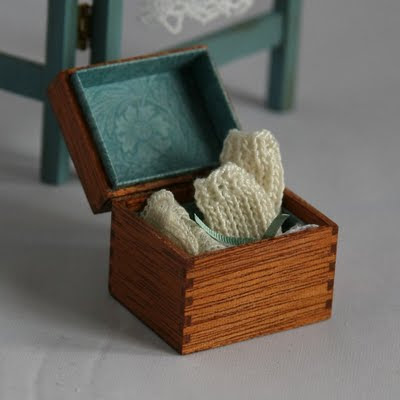 I'd also like to show you the miniature street scene my 10 year old son made (with a little bit of help from his mom) as a 'surprise' for the St. Nicholas party at his school. At his school, the bigger kids (who don't believe in the Saint any more) draw a name and have to buy a little gift for one of their classmates. They then have to make a 'surprise' and write a poem to accompany the gift. A 'surprise' is another part of the St. Nicholas tradition in Holland where the gift is disguised or hidden inside something you make yourself. To make the 'surprises' half the population in Holland is busily crafting the week before St. Nicholas. Of course this is all done in secret.

The gift hiding in this 'surprise' was a Lego street cleaner from the Lego City range. 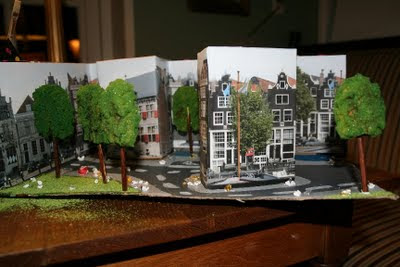 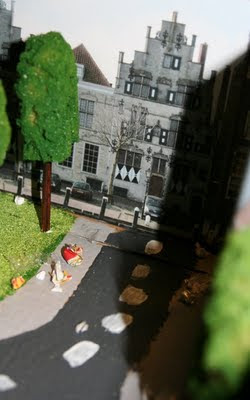 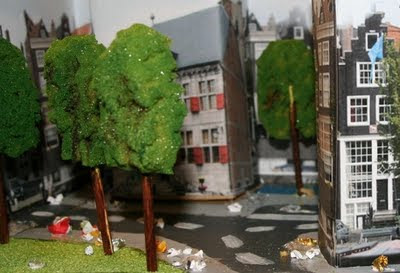